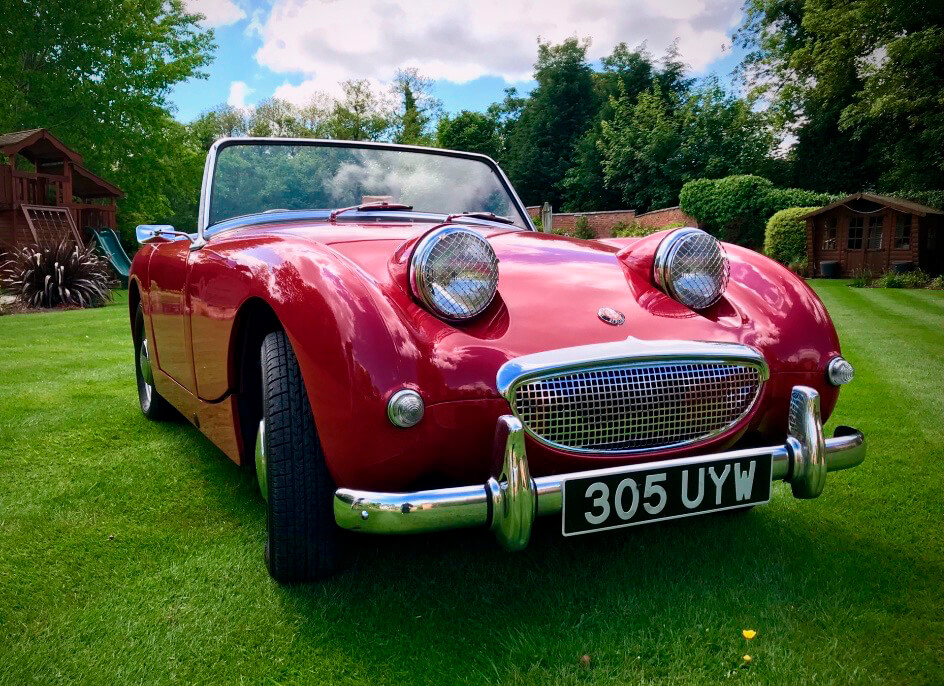 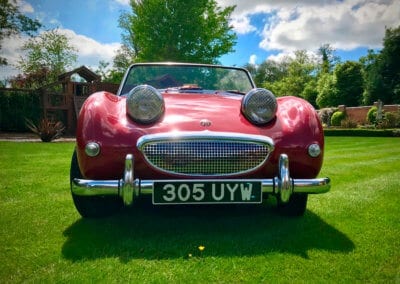 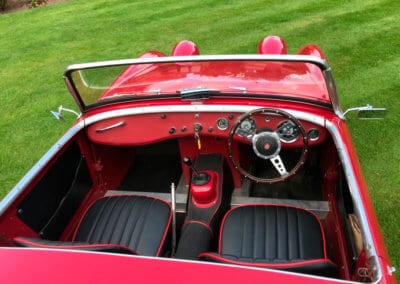 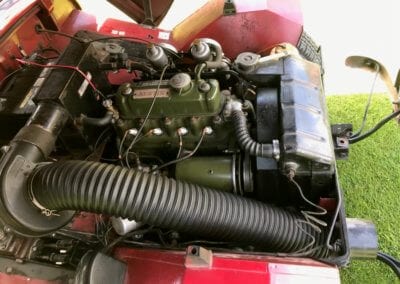 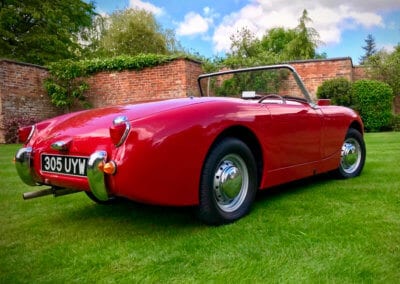 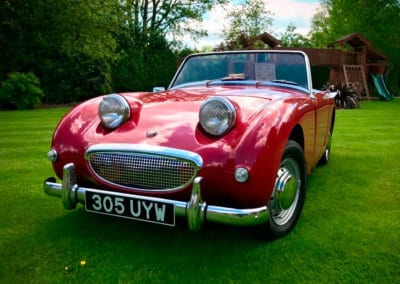 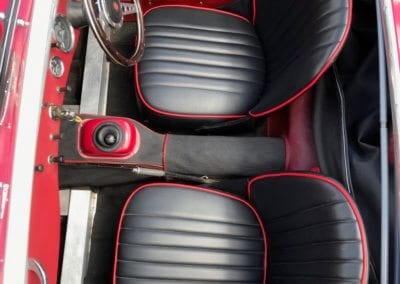 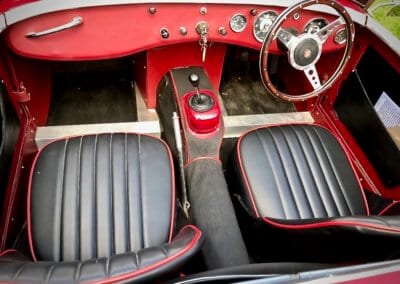 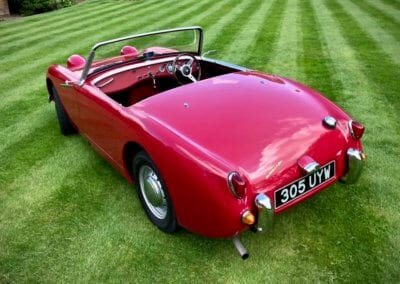 305 UYW is an extremely tidy motorcar, having spent most of its life on the west coast of America; it has subsequently been converted to right hand drive. Otherwise it is pretty much exactly as it left the Abingdon factory on the 19th of May 1960, beautiful Cherry red paintwork, black hood and black seats trimmed in red. 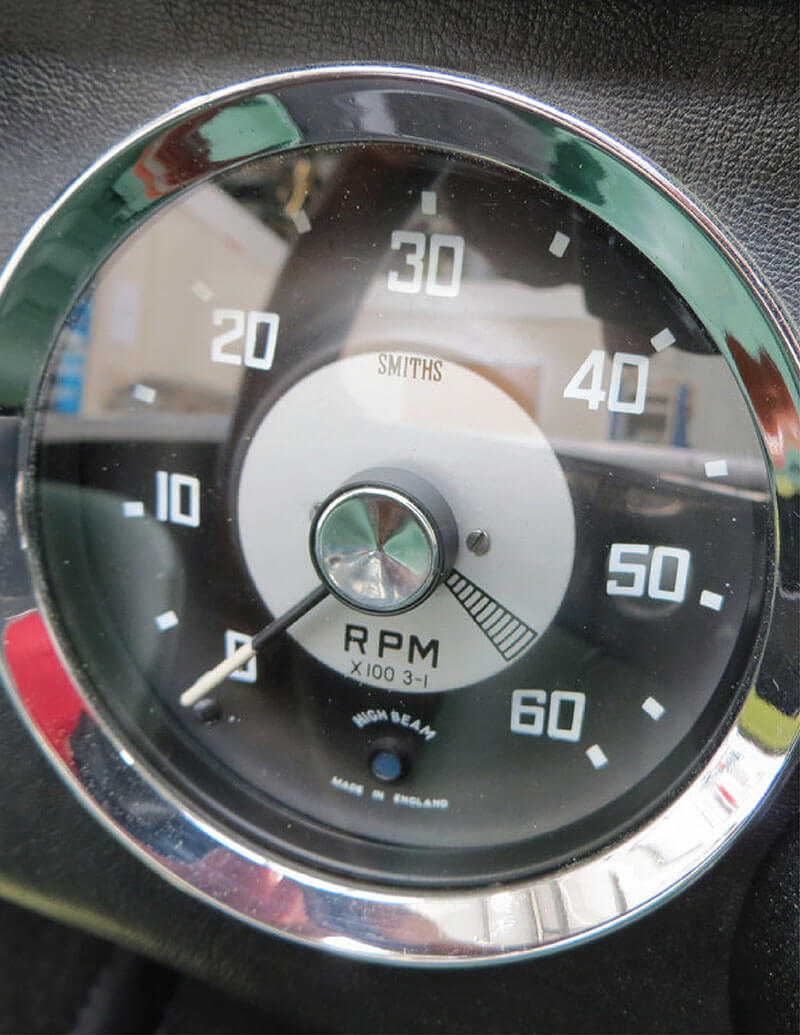 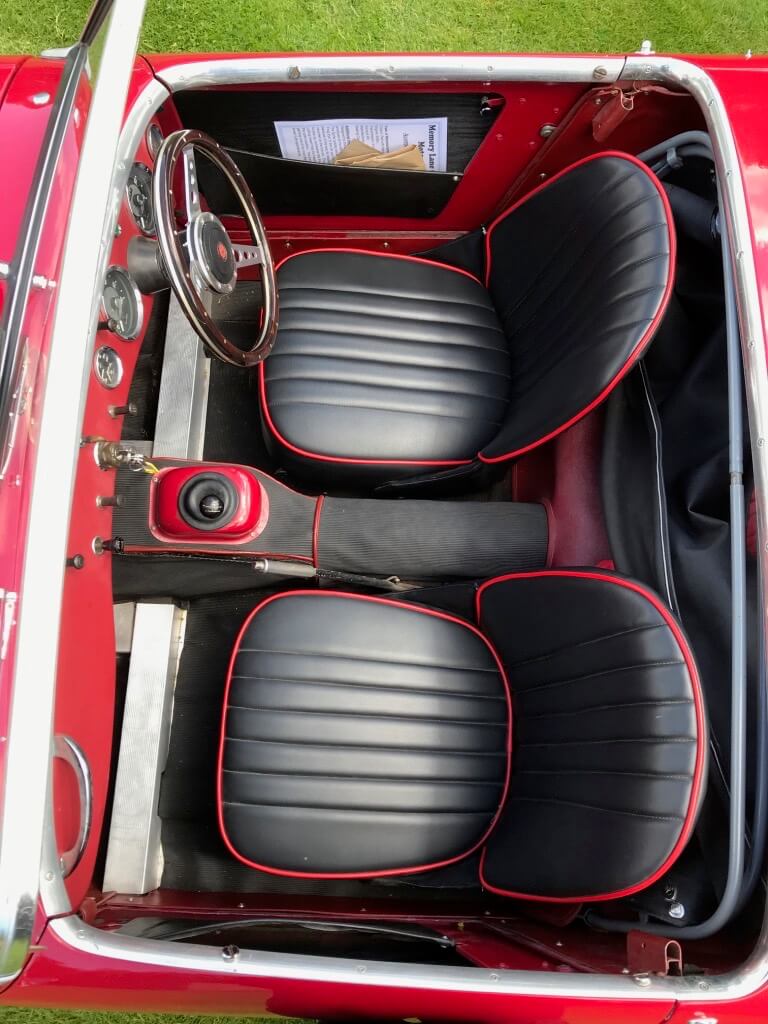 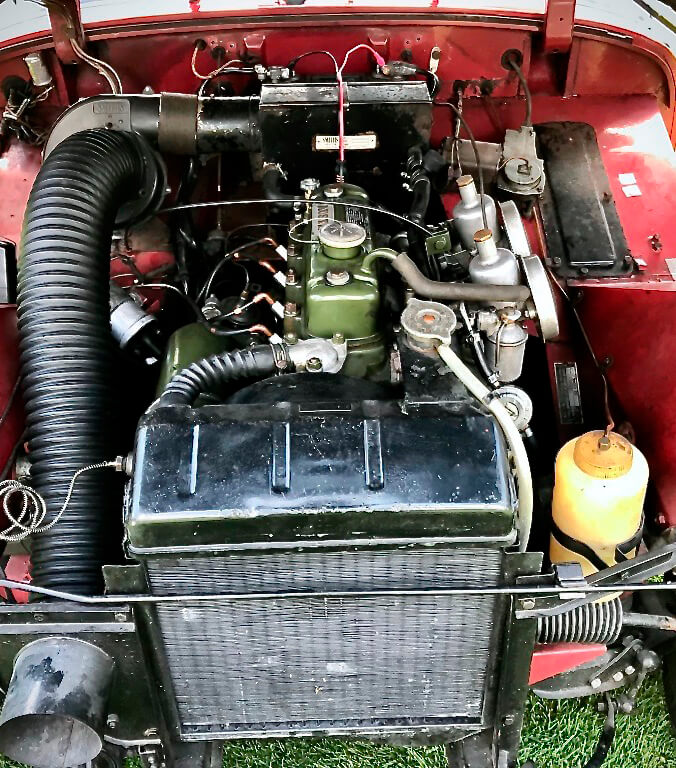 The Austin Healey sprite Mk 1 was introduced in Monte Carlo on 20th May 1958 just before the Monaco Grand Prix. It was designed by the Donald Healey Motor Company and produced at the MG factory in Abingdon. It was intended to be a low cost model that “ a chap could keep in his bike shed “, it first went on sale for £669.00.

The Sprite quickly became affectionately known as the “ Frog Eye “ in the UK and the “ Bug Eye “ in the US, because of the way it’s headlights were prominently mounted on the bonnet. They were originally designed to pop up, somewhat like the later Porsche’s, but accountancy cost cutting meant that the headlights were simply fixed in the open position, this ironically led to the sprite gaining one of it’s most distinctive features and much loved cute appearance.

The Body was styled by Gerry Coker with help from Barry Bilbie, Healey’s chassis designer, who solved the age old problem of providing rigid structure to an open topped sports car, by routing the rear suspension forces through the body shell’s floor-pan, thus making the Healey Sprite the worlds first volume production sports car to use unitary construction.

The concept of a low cost model was utilized by using as many components from existing cars as possible. The engine was a tuned 948cc derived from the Austin a35 and Morris Minor. It was upgraded by adding twin 1&1/8th inch SU carburetors. The rack & pinion steering was utilized from the Morris Minor, the suspension from the Austin A35. There was no exterior door handles, the driver and passenger were required to open the doors using a lever located on the inside of the door. There was also no boot lid, owing to the need to retain as much structural integrity as possible, access to the spare wheel and luggage compartment was achieved by tilting the seat backs forward and reaching into the rear storage area, (boot). This was referred to as potholing by many owners, but which seemed to add to the charm of the little Roadster.

We acquired this particular car in 2017. We were at that time gathering a collection of stalled restorations and needed a really good example of how a Frog Eye should look when it is done correctly. This Car served that purpose very well, But now we are firmly established as the “go to” company for Frog Eye restorations, it has become surplus to our requirements. 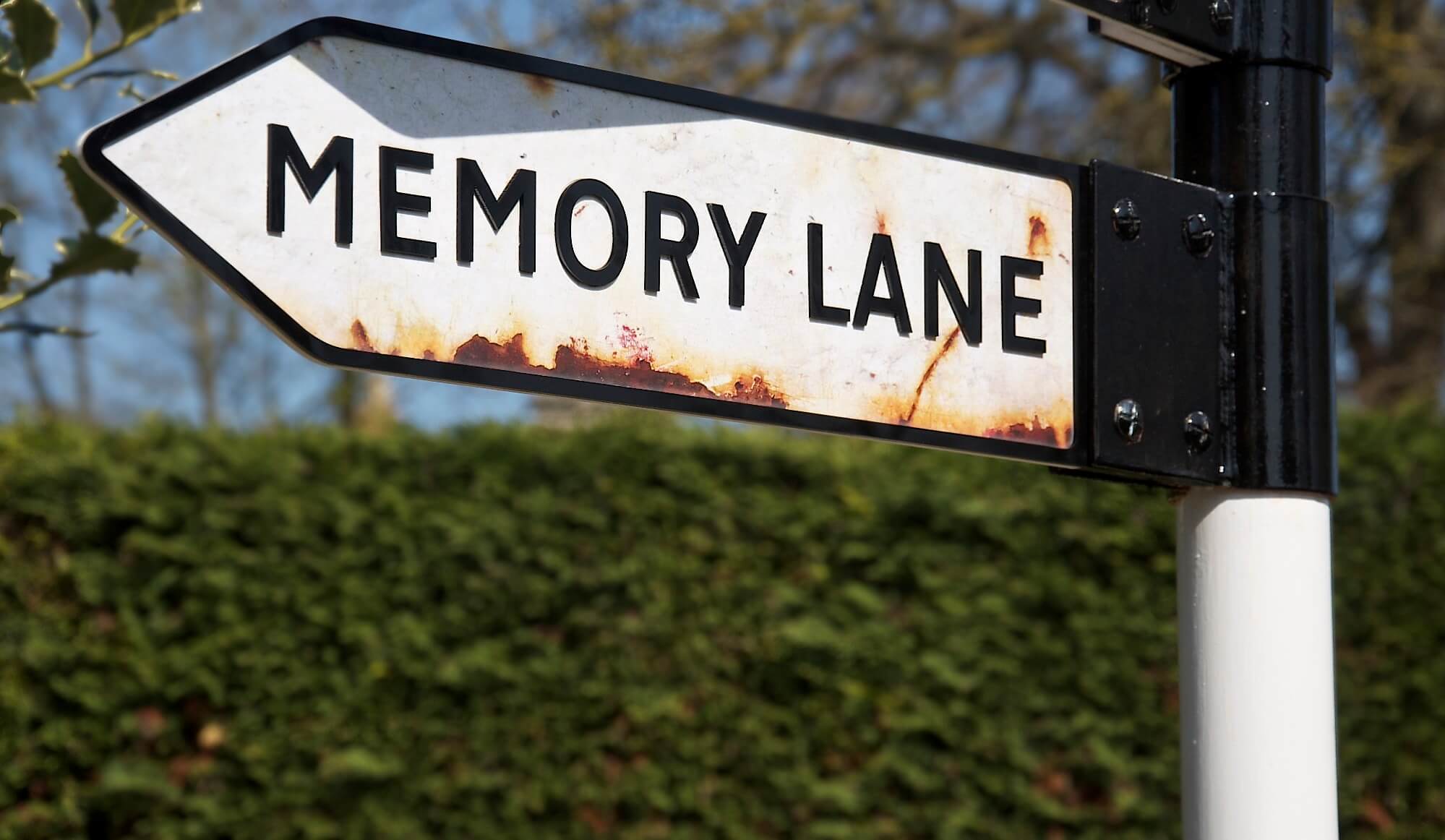 We decided that British classic cars were where our passions lay. The timeline was set at 40 years and older and a number of potential motor Cars were discussed, the MK1 (Frogeye) Sprite was chosen as our starting point. These cars were only built between 1958 and 1960, pioneering a Monocoque design and with very few specification changes.

We purchase a number of Frogeyes, in a variety of conditions from completely broken down to just extremely tatty. 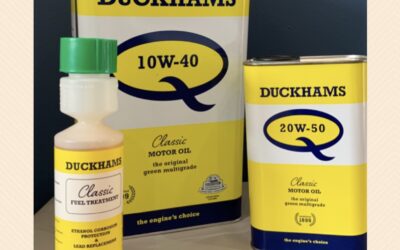 Is it time to get your classic out of hibernation?

END_OF_DOCUMENT_TOKEN_TO_BE_REPLACED 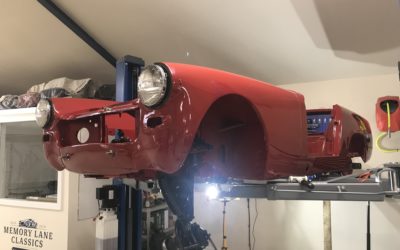 END_OF_DOCUMENT_TOKEN_TO_BE_REPLACED

Our Story
The Process
Showroom
Hire Cars
Contact Us

Keep up to Date