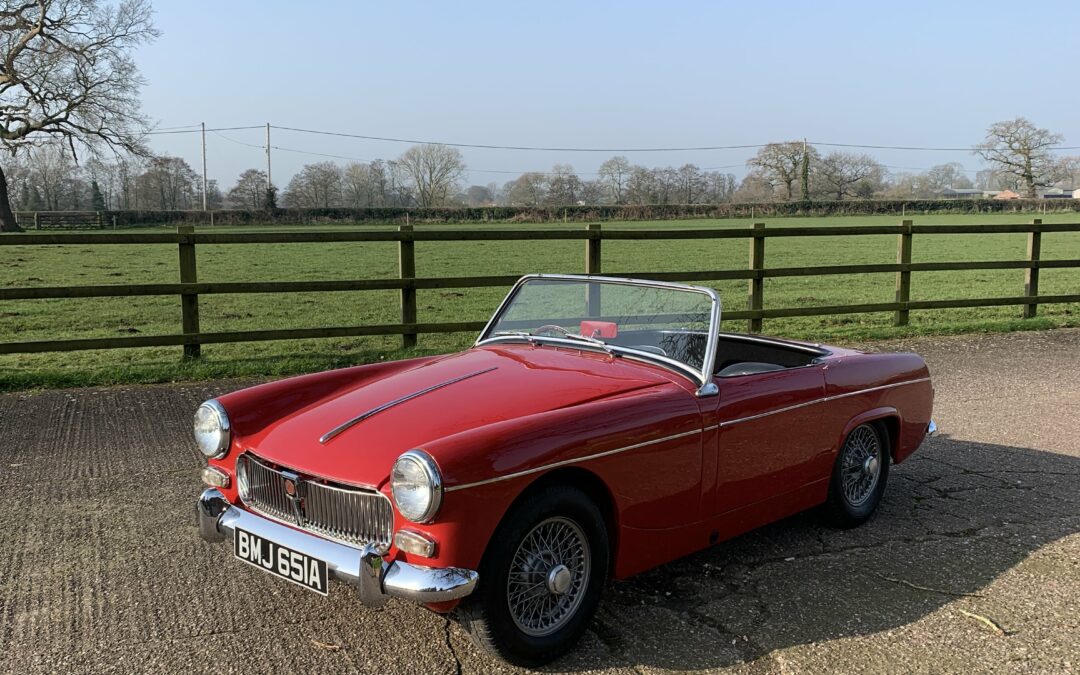 In 1961, MG produced the first version of the MG Midget MKI, which was a marginally more expensive version of the Austin Healey Sprite MKII. MG had produced earlier models such as MG M-type, MG D-type, MG J-type and the MG T-type. Following these came the MGA. As the MG T-type midget came to the end of production and its replacement, the MGA differed in size, performance and had a tasty price tag, MG lovers were left wanting a small, modern and affordable sports car. They were turning to the Austin Healey Sprite as this filled the gap in the market. A badge engineered MG version was announced in June 1961 which revived the midget name. This new and exciting car hosted a different grille design, badging, a better interior trim, better instruments and, with an enhanced external polished trim, differed enough to the sprite to justify its higher price tag.

Mechanically these cars were identical with the rear suspension using quarter-elliptic leaf springs and trailing arms from the frogeye. They both had a 998cc engine with twin SU carburettors and 7-inch drum brakes. Factory fitted extras included a hard top, radio, heater and luggage rack.

In October 1962, additional enhancements were made seeing the engine size increased to 1098cc along with disc brakes and wire spoked wheels. MG produced 9601 of this version and 16,080 of the 998cc. The increased engine size boosted its performance from 46bhp at 5500rpm to 56bhp at 5500rpm.

Our particular car was produced between 9th and 14th August 1963 and exported to Malawi.
There is some history with the car by way of the registration book from Malawi stamped from 1978 to 1985. The V5 confirms the car was repatriated to the UK in 1991. All of the UK history is synonymous with the car having engine number 10CG-DA-L/9669. However, it is apparent from the heritage certificate that engine number 10CG-DA-L/21959 was what it had at the start of it’s life, so it has at some point received a new engine. The 5 UK MOT certificates from 1996 to 2012, all support the extremely low mileage of 6086.

When we purchased the car in 2020, it had been in a long-term collection and in desperate need of some TLC to restore it to its former glory.

When all of the components were removed, and the car was completely stripped back to bare metal we found the body work to be in a surprisingly good condition. It has been treated to a full glass out respray, where the tired British Racing Green was replaced with a much more flattering Tartan Red. As we are advocates for sympathetic restorations, many of the original parts have been refurbished and only replaced, in favour of new, where necessary. Most of the brightwork has been replaced in favour of new to really make this little car sing. The interior has truly been pampered receiving a new set of black carpets, wooden steering wheel and matching wooden gear knob. The original seats were in extremely good condition and so have been detailed to look as good as new. The hood has been replaced with a new superior quality black vinyl version. All 5 of the wire wheels have been cleaned and refurbished.