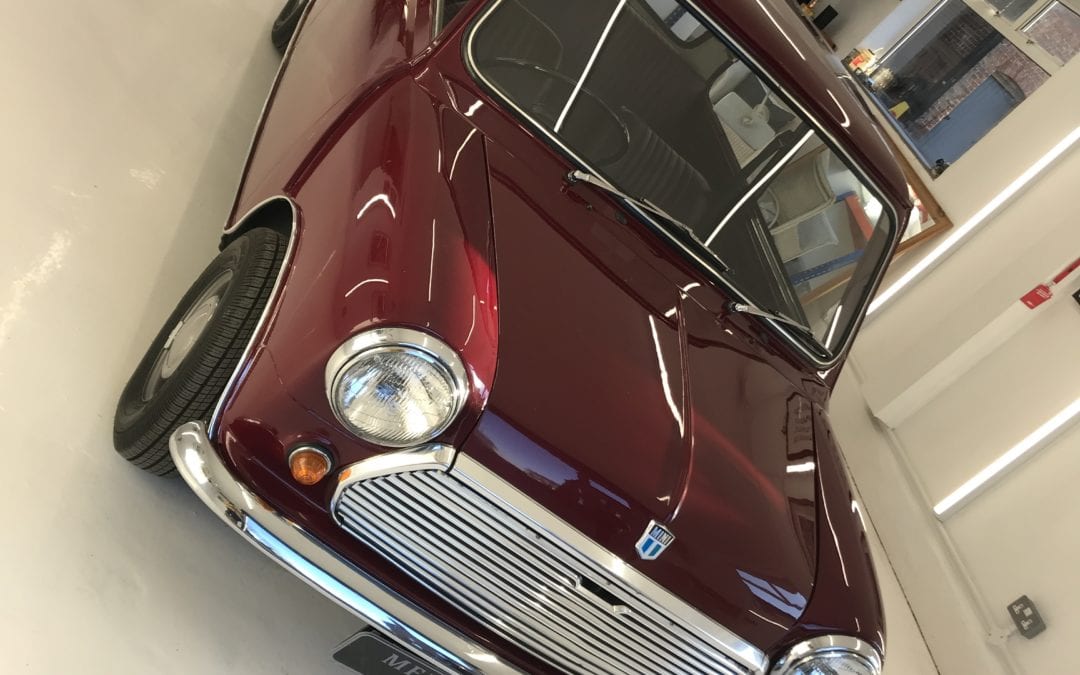 The Mini came about because of a fuel shortage caused by the 1956 Suez crisis. Petrol was rationed in the UK, the sale of large cars slumped and the market for German bubble cars boomed, the fiat 500 launched in 1957 was hugely successful.

Leonard Lord, the head of BMC reportedly detested these cars and vowed to design a proper miniature car. He laid down some basis design criteria: the car should measure 10ft long and 4ft wide, with the passenger area occupying 6ft of the 10ft length. To save money the engine should be an existing unit.

Alec Issigonis who had been working for Alvis had been recruited back to BMC in 1955 with a brief to create a group of technically advanced cars. Issigonis, who had previously designed the Morris Minor had set out design projects for 3 cars, the smallest one being XC9003, which became the priority. Together with a small team he designed and built the original prototype XC9003, Leonard Lord approved the car for production on 19th July, XC9003 then became ADO15 (Austin Design Office 15).

The Mini was a genuine 4 seater which was made possible because the engine was mounted transversely driving the front wheels via a gearbox uniquely incorporated into the sump, engine and gearbox thus shared the same oil.

The MKIII Mini was produced from 1969 to 1976. It had a slightly modified body shell to allow for larger doors, concealed hinges and winding windows. The original factory code of ADO15 was revised to ADO20 to reflect this.

Our particular MKIII Mini rolled off the production line in early 1973 in Regency Red paintwork and complimentary Burgundy upholstery. The whole car was completely restored prior to the last owners purchase in 2005. From new, it has only had 3 owners and accumulated 37,029 miles of happy motoring.

During the second owners tenure it received a comprehensive restoration, of which we have many photographs following the progression of works. The body was completely stripped and all paint removed, panels were replaced and welded where needed and then it was given a complete respray in its original regency red.

The third owner kept the car for 15 years, covering just under 5000 miles. This was a summer, dry weekends runaround and always garaged. During his ownership the car was treated to electronic ignition, front disc brakes and a full walnut dash, all of which could be easily reverted back to standard if desired. They had added a few other modern touches such as wing mirrors, radio aerial and rear wipers which we have removed to take the car back to original.

The car is powered by a 998CC A series engine, which was standard at that time. The engine has been removed and thoroughly cleaned and serviced. While this was taking place the engine bay has been refreshed and repainted. We have also attended to the few paint chips and imperfections, repainting where necessary.

The car is now in excellent sparkling good health and ready to be enjoyed.

It comes complete with many documents cataloguing the cars history including photographs of the 2004 restoration and lists of mechanical parts which have been replaced.

The car has passed an MOT on 18th February 2021, with no advisories.