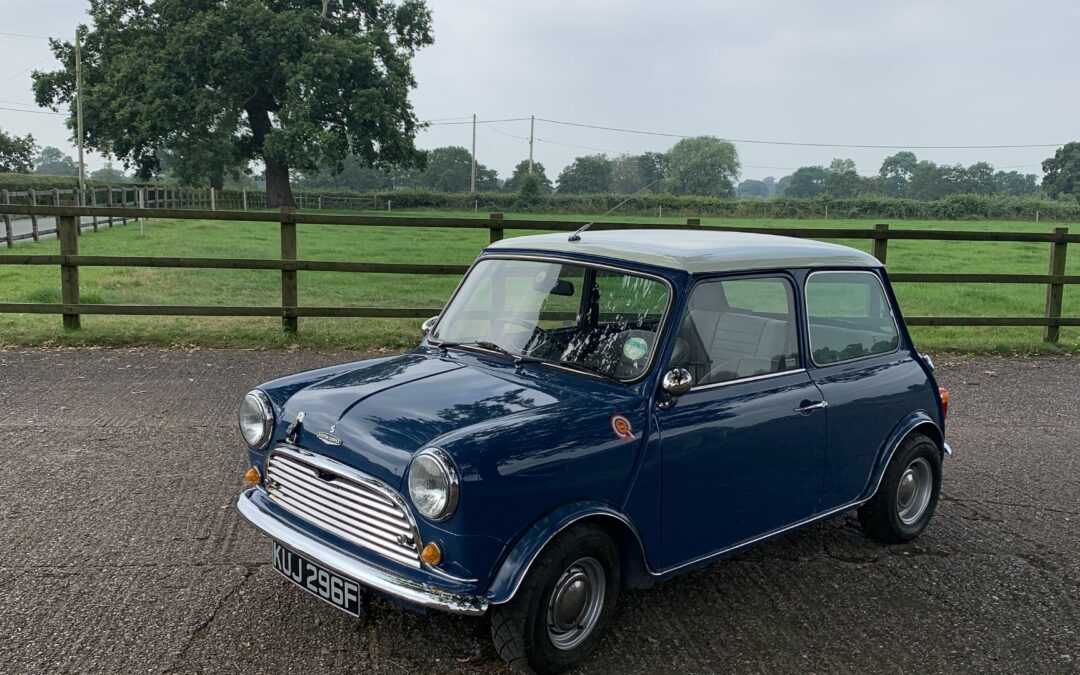 The Mini came about because of a fuel shortage caused by the 1956 Suez crisis. Petrol was rationed in the UK, the sales of large cars slumped and the market for German bubble cars boomed, the Fiat 500 launched in 1957 was hugely successful.

Leonard Lord, the Head of BMC, reportedly detested these cars and vowed to design a proper miniature car. He laid down some basic design criteria; the car should measure
10ft x 4ft x 4ft with the passenger area occupying 6ft of the 10ft length and, to save money, the engine should be an existing unit.

Alec Issigonis, who had been working for Alvis, had been recruited back to BMC in 1955 with a brief to create a group of technically advanced cars. Issigonis, who had previously designed the Morris Minor, had set out design projects for 3 cars, the smallest one being XC9003, which became the priority. Together with a small team he designed and built the original XC9003, Leonard Lord approved the car production on 19th July and XC9003 became ADO15 (Austin Design Office 15).

The Mini was a genuine 4-seater. This was possible because the engine was mounted transversely driving the front wheels via a gearbox which was uniquely incorporated into the sump, engine and gearbox thus shared the same oil.

Issigonis’ friend, John Cooper, owner of the John Cooper Car company and formula 1 manufacturers Champion saw the potential of this little car, the two men collaborated, and the Mini Cooper made its debut in 1961. The original 848cc engine was increased to 997cc boosting the power from 34 to 55 bhp, the cars featured twin SU carburettors and 7-inch disk brakes, the first at the time in a small car. 12,274 Coopers were produced, a more powerful version called the Cooper S was introduced in 1963. The Cooper was discontinued in 1967, 4030 Cooper S were produced and in 1965 the engine was increased to 1275cc.

This particular Mini was produced on 7th September 1967 in Island Blue with a Snowberry White roof. It has benefited from numerous upgrades since that time transforming it into a Mini Cooper S replica. In 2015, the body was stripped to bare metal and repainted in its original colour combination. The original 1275cc engine has been engineered to fast road standard and boasts 1297cc.

The performance versions of the Cooper and Cooper S were successful as both race and rally cars, winning the Monte Carlo rally in 1964, 1965 and 1967. In 1966, the first placed Mini (along with 9 other cars) were disqualified after the finish, under a controversial decision the car’s headlights were against the rules.

The car has a solid history with it, showing photographs and receipts from its restoration.

The current owner has had the car since 2017 in a private collection.
Current Mileage: 321 miles