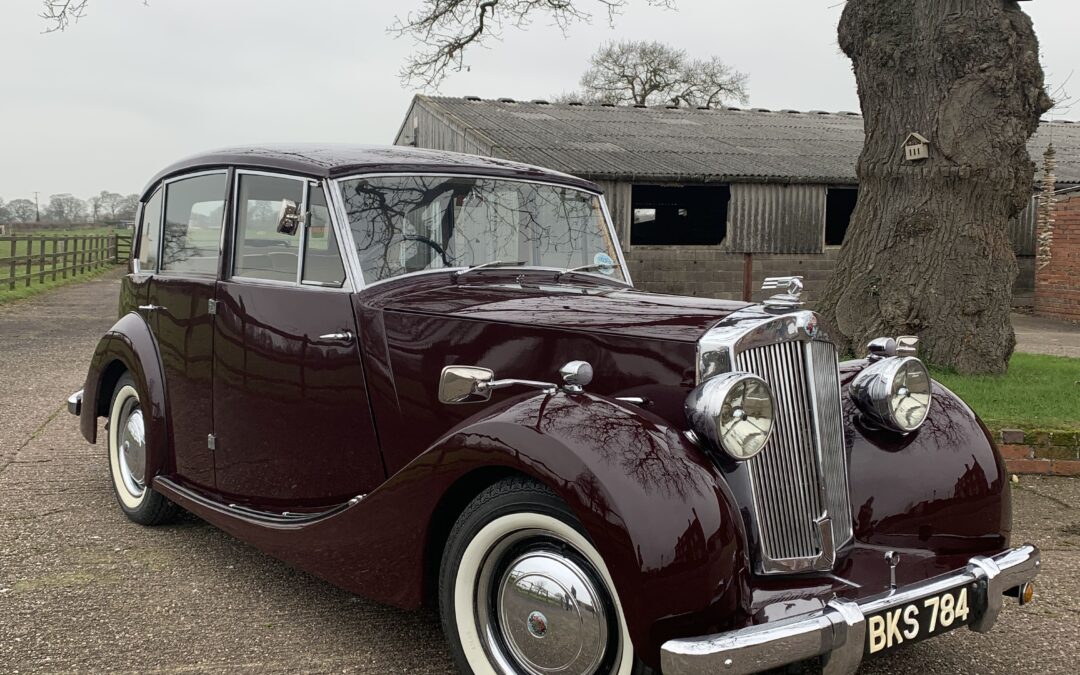 The cars were distinctively styled in the later 1930s vogue for Razor Edge coachwork used in the 1940s by others including Austin for its big Sheerline. The six light (featuring three side windows on each side) design and the thin C pillars at the rear of the passenger cabin anticipated the increased window areas that would become a feature of British cars during the 1960s. The car's side profile resembled that of the contemporary prestigious Bentley saloons, which some felt was more than a coincidence. Similar styling subsequently appeared on the smaller Triumph Mayflower. The Managing Director of the Standard Motor Company at that time, Sir John Black, commissioned the design of the Razoredge saloon. There has been much discussion over the years as to exactly which designers of that period were responsible for the styling but it is very clear from the records that Sir John drove the production forward and used the Triumph name from the prewar Triumph company that had been bought by the Standard Motor Company.

The body was built by Mulliners of Birmingham in the traditional coachbuilder's method of sheet metal over a wooden frame. The principal panels were constructed not from steel, which was in short supply in the wake of the Second World War, but from aluminium. It had been used extensively for aircraft manufacture during the war, which had taken place in a number of car plants (known at the time as "shadow factories") in the English Midlands. But by the mid-1950s aluminium had become the more expensive metal, which may have hastened the Renown's demise.

The car was renamed the Renown in October 1949. It had an entirely new chassis based on the Standard Vanguard with pressed steel sections replacing the tubes previously used. The front suspension changed to coil springing. Although the 3-speed column change transmission was retained, from June 1950 an overdrive unit was offered as an option. Inside there was a new instrument layout.

This particular car comes with a very rich history including MOT certificates from 1994 to 2019, old tax discs, an album full of photographs, the original service manual and many leaflets and magazines from the owners club.