Situated in a small village in South Cheshire, close to the borders of Staffordshire and Shropshire, four guys who’s children were all in the same class at the village school, came together through their kids parties and other local events. The Dad’s friendships soon blossomed as they discovered that they had similar interests in good beer and a love of classic cars, so one day rather than just sitting in the pub talking , they decided to do something positive about it..

SO THE JOURNEY BEGAN

As a starting point a MK3 Austin Healey Sprite was purchased and many happy hours were had taking it to pieces. The enjoyment level was such that we quickly decided that there should be more to this than just one car.

So the feelers went out and a local barn was found, unused for 20 years; a former pig shed. The space was ideal but required substantial work. Our renovation skills were then turned to buildings and the old shed was completely gutted, a new floor was laid, insulation and plastering quickly followed, electrics and plumbing came next.

Internal rooms were fitted out including a small kitchen, WCs, a shower, an office, along with a workshop and spray booth. The floor was epoxy coated and equipment was purchased and installed.

The facility is now complete, and includes a 2post hoist, rotisseries, tools and all the equipment needed to restore and care for classic cars. The facility has grown to approximately 10,000 sq feet under roof with different areas designated for storage of cars in various stages of restoration.

SO THE JOURNEY CONTINUES

And what a journey it’s been up to now… Over the last year we have said a fond farewell to two of the original founders who have gone off to pursue other passions.

Our lovely Memory Lane Family has grown by welcoming two guys to our restoration team. We have taken the term ‘family’ quite literally and enrolled an accounts manager and an office manager. These two ladies are the wife and daughter of one of the founding members.

Our plans to build the showroom have been stalled this year due to the global pandemic but in true blighty style we kept calm and carried on. We have transformed our barn office into a more permanent working space and spruced up the rest of the building to enable us to better facilitate any visitors. 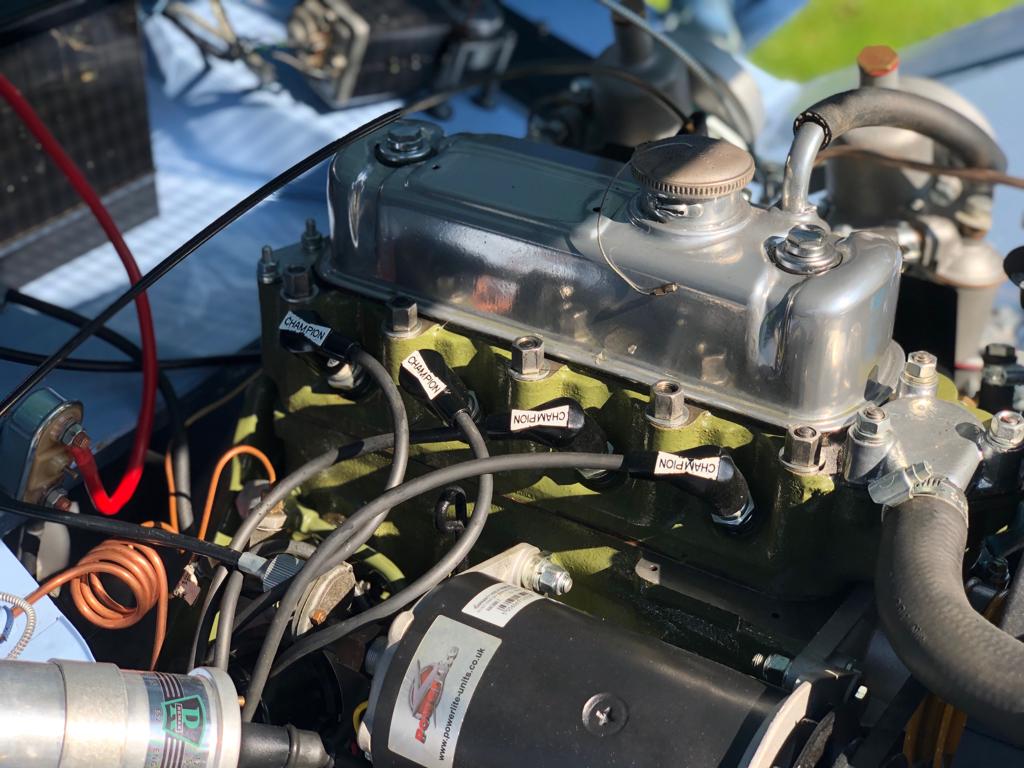 We decided that British classic cars were where our passions lay. The timeline was set at 40 years and older and a number of potential motor Cars were discussed, the MK1 (Frogeye) Sprite was chosen as our starting point. These cars were only built between 1958 and 1960, pioneering a Monocoque design and with very few specification changes.

We purchase a number of Frogeyes, in a variety of conditions from completely broken down to just extremely tatty.

The Rebuilding area is situated in the main barn and utilizes the Hoist and 1 or 2 rotisseries as required.

We have encountered several negative issues associated with the knowledge and technology of the era in which the cars were originally built. We have subsequently arrived at solutions which allows for the original character and pleasure of the car to be retained but removing the concerns of driving an older vehicle.

During the strip down stages and after many conversations a system was arrived at, described as follows. 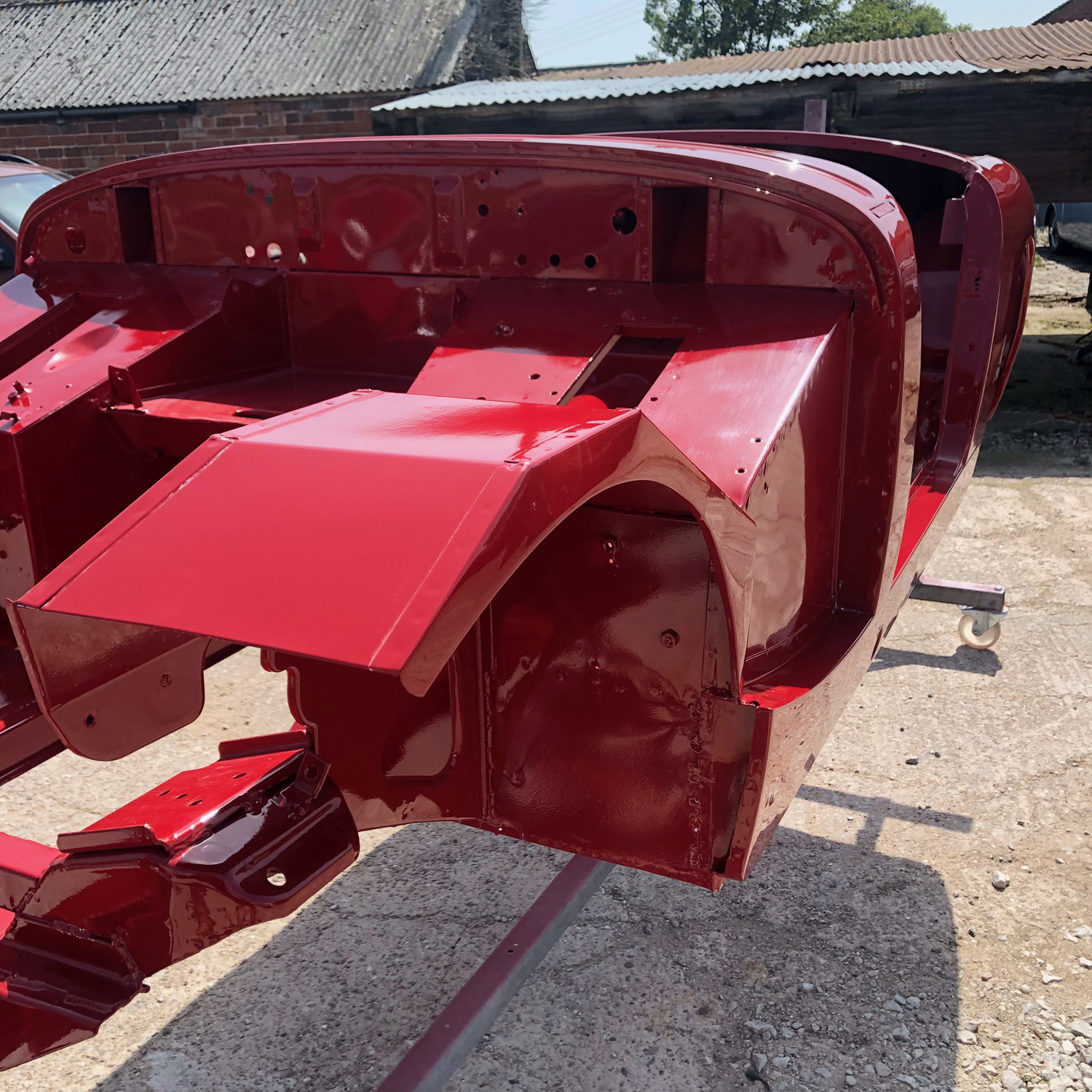